SABLE, a distinctive new voice in country music has become an emerging star with his nomination for Breakthrough Country Artist of 2009 by radio stations reporting to the country charts for New Music Weekly Magazine.. Last up the national country charts was the  single release, "Rainy Days at the Beach, "  from his "Coming Home" CD, which reached #4 on the Indie Country Chart for New Music Weekly.  A video, filmed in California, is soon to be released for the song.
The Sable song "Redneck Bar" is featured in the soon to be released movie "Best Laid Schemes."

Sable is not just another pretty face in boots and a cowboy hat,.Jeff Sable brings a distinct new voice and new songs/sounds to country music and radio. But his looks have not gone unnoticed by reviewers. ”Jeff Sable has abundant sex appeal and the talent to back it up,” according to Music Connection Magazine in their June 2007 issue.

Jeff Sable and his brother Chris have been making music since before they were teens. Jeff provides the lead vocals and guitar. Chris plays bass and sings harmony, and the two brothers write the majority of Sable music. Through the years, Jeff and Chris Sable have continued to teach and learn from each other how to improve their songwriting, recording, and performing skills. They never stop honing their craft as musicians, and making their own unique brand of country music.

The Sable brothers grew up in Southern Illinois, just across the Mississippi River from St. Louis. An area mixed with farms and factories… small town life close to a major metropolitan city. Their father was a Vietnam vet who worked in law enforcement and retired from the Department of Defense. Their blue collar upbringing taught the Sable brothers straight forward small town farm and family values that shine through in their own style of country music. The chorus from their first single “Raised on the Radio” sums up the brothers best …. “I was raised on the radio, learned to walk to country and soul, cut my teeth on rock-n-roll, raised on the radio.”

The resulting Sable music is flavored with the rich and diverse history of R&B, Soul, Rock, and Country music that flourished in the metro St. Louis area as they were growing up.

St. Louis influences such as Ike and Tina Turner, Chuck Berry, and Johnnie Johnson resonated throughout the Sable household courtesy of their father. The brother’s more recent influences include John Mellencamp, Keith Urban and Pat Green along with traditional artists like Charlie Daniels, Johnny Cash and John Denver.

The Sable brothers’ songwriting style is very personal and revealing. Love, life, and family make up the message of their music. Chris notes, “If people cannot understand your songs, and really feel them, you have not done your job as a song writer.”

Jeff Sable and the Sable band have honed their chops performing for more than 500,000 fans in the last five years. Sable tours throughout the United States, Europe, Canada, and Mexico, and has performed for American troops on USO tours. 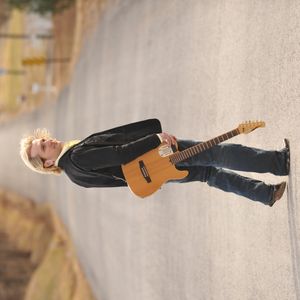 The Sable video, “When He Comes Home,” has been broadcast nationally, on Direct TV, syndication networks and on affiliates of ABC, CBS, NBC, FOX, and CW to over 50 million households. In addition the video has 200,000+ spins on the internet, on sites including RollingStone.com, AOL.com. YouTube.com, DigitalRodeo.com, Yallwire.com, and many more.

Other members of Sable (the band) include: Mike Downing on sax, midi wind controller, and vocals. On drums is Jake Hanselman.

For additional information, photos and music:

Here’s what some other folks say about Sable.

“There are several newcomers in this column, but none with the finesse and sonic polish as SABLE. Give those Missouri boys a DisCovery Award.” 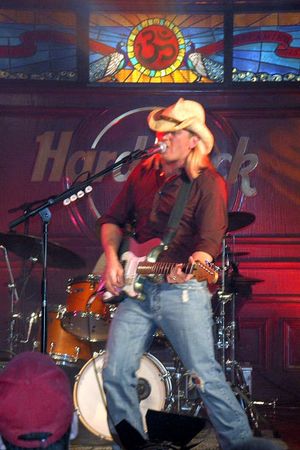 SABLE/Raised On the Radio
Writer: Chris Sable/ Jeff Sable; Producer: Jeff Sable; Publisher: Ubar: ASCAP; American Eagle (track) (www.sableband.com)
–The Palpitating bass line draws you in. The tempo makes you wanna move. The little “cry” in the vocal catches you attention. The chorus is a killer. This rocks.
* * * * *
Oermann liked the second single as well.....

SABLE/Love Hasn’t Found ‘Em Yet
Writer: Wendell Mobley/Jim Robinson; Producer: Jeff Sable; Publisher: Ensign/Bump Draft/Good Apple, BMI/ASCAP; American Eagle (track)
(www.sablecountry.com)
—Two lonely working-class folks (she’s in cosmetology, he works at Home Depot) will find one another someday. It’s written in the stars. Soulfully sung and produced with a country-rock edge that is quite ear-catching.
* * * * *
"Arena Country," is what came to mind when I first heard Sable. Sable and Sable music is destined to be heard in the world’s largest arenas. It’s that powerful"
Billy Block - President - Western Beat Entertainment
* * * **
“Finally, a clear cut sound on the radio. Sable is it!”
John English - Music Director - KGWY
* * * * *
“This CD (Subconscious) is fantastic with a unique sound, powerful lyrics and musicianship.”
John Sturtevant - CD Baby
* * * * *
“Just try to resist. A tough guy with hard eyes who writes songs of yearning and loss all to a beat that is more Seal than Sepultura. It takes a lot of cojones to wear old engineer boots and sing lyrics like “I wanna swim in your soul, all with a subtle, gorgeous vibe. There is a love scene movie soundtrack just waiting to happen here.”
Jessica Willis - Music Dish www.musicdish.com


“ Hatless country singer Jeff Sable has abundant sex appeal and the talent to back it up. “Raised on the Radio” is a Mellencampian winner, a rocked up, fiddlefried nostalgia trip on which the singer name-checks a dozen heritage artists. He infuses “Everybody Wants Her,” and the poignant “Drop of Rain,” with well-gauged vibrato. All in all, this St. Louis native, a DisCovery Award winner, demonstrates that he has the goods to be given serious consideration by Music Rowers."
Music Connection Magazine
* * * * *
(Drop of Rain) “One of the better tracks we’ve heard in a while. Talent is shining through.”
Mary Peters - Recording Magazine
* * * * *
(Subconscious) “Sable has a commercial voice. I get a sincere personal message lyrically which is easy to relate to. Strong, powerful delivery....very emotional with great control.”
MakeStar.com
* * * * *
“Sable's "Drop of Rain" is a well written song, dripping with emotion, that country female listeners will eat up. Male listeners will relate to a lost love they can't forget. Sable's heartfelt vocal shows off his passion and genuine sincerity for the "love of his life" as well as his love for country music.”

Jeff Sable and the Sable Band

Sable's first CD on AER features the hit singles "Raised on the Radio" as well as the 2009 hit, "Drop of Rain."

The second AER release for Sable has the hit single "Love Hasn't Found 'em Yet" and "When He Comes Home," Billboard's Best Country Song of 2006 and the Music for Sable's video tribute to US troops which has been broadcast to over 50 million homes.

Sable's thrid AER release has the hit single " Rainy Days at the Beach, with it's spectacular video filmed on an uninhabited island off the coast of California " and the single, " Coming Home."